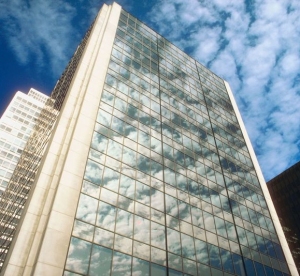 So I’m driving home after a really rich coaching conversation featuring choices and risk, which prompts Charlie and me to reopen our eternal conversation about what to do when we grow up, also known as retirement. We miss our turnoff, which sends us to a seldom-used route – one tiny block up a steep hill, quite the opposite of our normal direction. And there it is. A rusted gate, long past useful, standing like a sentinel in the neighbor’s yard. It’s so compelling I stop talking for a moment to let a wave of insight roll over me. Like a flash, my mind lands on how we put up gates and then live inside them. Stepping outside – taking a risk – is the choice we make. So is leaving the gate firmly latched. All of that stems from a momentary, fleeting glimpse of a rusty relic.

Yes, flirted. Let me explain. I can see that gate from my front door. It falls within my vision almost daily, but something in this moment made me “see” it anew, made it captivate my thoughts. A month or two ago, I might’ve used the word “epiphany” – or coincidence, perhaps a “sign” or an “aha.” But after some excellent coach training last month, I now know what it was: a Quantum Flirt.

The Center for Right Relationship (the provider of that most excellent coach training), says a quantum flirt is “a short-lived, transient, perceptual signal which can be used to provide us with insight.” Flirts are everywhere and come in any form: We can see them, hear them, feel them … even smell or taste them. What matters is not so much what they are but how (or that) we notice them. Whatever meaning we unfold from a flirt can be anything from a major perspective shift to a gentle affirmation.

It’s a part of quantum physics. When a flirt catches our attention, we actually observe – or notice – whatever object produced that flirt. And when we notice that flirt, we can choose to stop and unfold whatever meaning it might hold for us. Flirts are usually so quick and momentary that we tend to miss their significance. But there’s power in them.

The other day I was wandering around the Tidal Basin in Washington, DC, deep in coaching conversation with a client about bearing the burdens of everyday life. Out of nowhere, a voice boomed out, “Thank you for your service, and welcome to your memorial!”

In tandem, we spun around, only to see a stream of elderly World War II veterans, some walking and some in wheelchairs, moving slowly toward the World War II Memorial. A white haired volunteer was greeting each one, shaking hands with gusto and offering a hearty thanks. We stood transfixed, not noticing until later that both of us had to wipe away tears. With wet eyes, my client looked at me and said, “Oh, my God. What burdens? I have no burdens.”

That, my friends, was a quantum flirt, and quite possibly the coolest one I’ve noticed in a long while. You might say that booming voice followed by the visual sight were the universe’s way of sending a flirt, a sign, a signal – one that had the potential of altering our perceptions in a major way. Provided we let it, and we did.

Later that week, while finishing up my DC-based training, I stood on the balcony of the hotel, soaking up the sun and gazing at the impossibly blue sky with puffy white clouds. I was taking part in an exercise with a co-learner about flirts, actually. But I also was thinking about how to incorporate this amazing work into my job. My co-learner and I noticed that the clouds reflected in the mirrored windows of the neighboring building moved slower – and in the opposite direction – than the real ones coursing across the sky. It was one of those head-tilting moments, not unlike the RCA dog, for those who remember that.

Ah, another Quantum Flirt. Here’s how I unfolded that flirt’s meaning for me:

What’s here,” I wondered. After a moment I’d pinpointed a disconnect between reality and its mirror image, between rapid transit and leisurely pace.

“Which is more real,” I thought, “the clouds in the sky or the clouds reflected in the building? They’re the same clouds, after all.” I decided both were real, because I could look from one to the other and see the connection. The difference, then? The mirrored version moved in an alternate, leisurely way.

That took a bit more thought. I’d been wrestling with how to incorporate this knowledge with the myriad teams and systems at my job. But it was those slower moving clouds in the mirror that ultimately brought the “aha” of that quantum flirt. See, I’m retiring in five years, and, while I yearn to continue meaningful work, I don’t want the same pace. My cloud-laden flirt helped me understand that bringing this work to my personal passions – nonprofits, communities , couples – is as important and infinitely more leisurely.

That simple Quantum Flirt – clouds skittering across the sky and reflected in the mirrored windows – helped me fine tune a vision with awesome heart and soul for me. And by the way, that flirt held quite different meaning for my co-learner. We both got something from it. Mind boggling, isn’t it?

And so I leave you with a challenge: watch for Quantum Flirts. Let them tease your awareness. Spend a few minutes unfolding what those flirts have to offer, and you might find some startling insights for life.

2 thoughts on “Flirting … in a quantum sort of way”