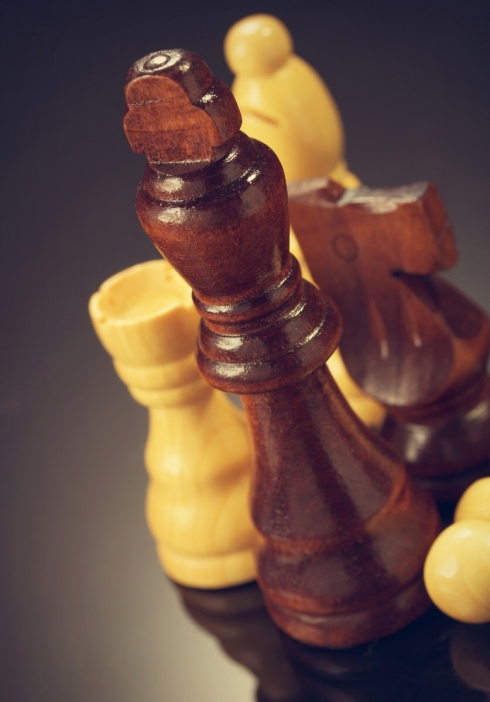 Back just after the turn of the century (and I mean this century), I visited the Pennsylvania Renaissance Fair. It’s a great place to rub shoulders with time travelers – for us, those who fancied life in 1400s Europe. And for them, us from the early 21st century who sported modern garb.

As we wandered the grounds, soaking up the colors, sights, and sounds of that nostalgic era some 500 years removed from modern life, we came upon a life-sized human chessboard – with the queen herself directing it all, crown perched upon her blazing red hair.

She spied us watching and promptly strode over, crooking her arm at us forcefully. “Come. Play the game,” came her peremptory order.

We smiled, shook our heads, and one of us finally murmured, “Oh, thanks, but we’re just watching.”

She stared at us a moment in disbelief. Then her left eyebrow rose, her lips pursed, and her hand dropped to her hip as she summoned forth her most haughty tone. “Watch? Waaaatch?!? How boring!” And then off she flounced (regally, of course) to find other, more willing participants.

We laughed and walked on through the 1400s.

I guess that memory resurfaced after 20-some years because I’ve been thinking lately about how much I aspire to live in the moment and really experience life, yet how often I’ve stood on the sidelines watching instead. Now, we all laughed in the moment back then, but I’m thinking there was wisdom in the queen’s sharp rebuke and insistence on doing rather than observing, even if that meant playing Human Chess at a Renaissance Fair. None of us stepped into the moment, so we all missed out. Were we just too cool to let go and make it all up as we went along? I don’t know, but I still wonder what stopped us, or at least what stopped me.

I watched Ellen DeGeneres last night interview American singer P!nk (Alecia Beth Moore), who tested positive with COVID-19, along with her three-year-old son. Both are recovering. But she said something that caught my ear … that when she was the sickest, she wondered if this was it and, after everything she’d done, this was how it would end.

Yeahhh, I recognize that question. I hear clients ask it all the time in one form or another. I’ve asked it plenty of times myself and, even if I haven’t given voice to it, my inner dialogue certainly has.

Ever been to Orlando? There’s a thrill ride called the Slingshot that’s basically a reverse bungee jump. It rockets you more than 390 feet above the ground at high speed. The chair seats two and conveniently includes a camera positioned to capture your total joy or abject terror (sometimes it’s hard to tell which is which) as you are released from the ground and flung up into the air.

Charlie rode it, but I declined. Instead, I let him have that experience all to himself – even though I was lying to myself — I really (really!) longed to do it but I simply didn’t allow myself to step into the moment. Sure, I enjoyed watching the video as it was happening, watching his face wreathed in smiles and the hysterical laughter and whoops of adrenaline-fueled joy. I also enjoyed watching his co-worker screaming with eyes shut tight.

And in the space of that one little word live all those times I’ve not stepped into the moment. The times I’ve chosen to watch while secretly wishing I’d acted and rationalizing my choices.

I’m much better these days about grabbing the moment when it beckons. After all, on a recent trip to Ireland, I talked my step-daughter and son-in-law (he was easier than she was) into walking across the Carrick-a-Rede rope bridge.

Now, that’s a rope and wood bridge that sways and moves in the wind — and that’s 100 feet above surf pounding against craggy rocks and pummeled by constant coastal winds. Not to mention the 65-foot stretch across the chasm that’s both exhilarating and terrifying. Totally worth the walk across for the views alone.

And didn’t I climb a gazillion steps to the top of a church spire in Rothenburg ob der Tauber, Germany, so I could share in those amazing perspectives?

And hike to the top of a Sedona vortex over a trail strewn with rocks that ascended and descended … a lot? Not to mention clambering up the steep, unforgiving trek to the top of the mesa at Petroglyph National Monument?

Why, yes, I’ve accepted all of those challenges. Most of them recent. But I haven’t always embraced the moment. And there sits a little wistful regret.

I think that, if I ever  when I visit a Renaissance Fair again, I’ll make a beeline for the Human Chess Board, if such a thing still is played. If the queen is there, I’ll approach her. “I’d love to play,” I’ll say. “Put me in the game!” And enjoy the sparkle in her eyes and the smile upon her face as she escorts me to my place on the board.