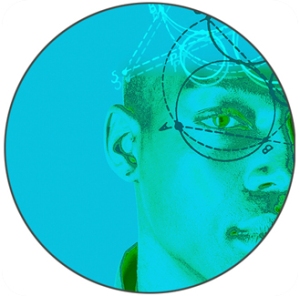 The case of Brian Williams, the tarnished star of NBC news, is intriguing to me. I’ve been thinking a lot about it lately, especially after reading an article on CNN (4/8/15) emerging from a story in the April 2015 Vanity Fair magazine. And not for the reasons you’d think.

The CNN article explored the Williams situation from the angle of how NBC executives and Williams handled it, but that’s not what I find particularly compelling. It’s an ancillary thread that piques my interest. Let me cherry pick a few items from that news article:

I’m not so concerned, really, with how the industry handles it. That’s their call, not mine. What fascinates me is how we all express such disappointment in Williams’ story. He is, after all, a journalist who is supposed to report the news, not tell us stories, right?

Of course, that distinction – reporting news vs. telling stories – has long been in the process of blurring. Does anyone really think the news presented by any given news organization, with few exceptions, is pure and unadulterated? News organizations today tend to cater less to providing the news and more to maintaining ratings (and influencing voters).

But I digress. Here’s my take:

Williams has done nothing more than you and I routinely do. He’s just done it very publicly, while sitting in a position that at one time signified objectivity and truth. I say “at one time signified” because, well, journalists are human, and humans really aren’t particularly capable of being fully objective and truthful. Bear with me.

See, we are all storytellers. It’s the way humans are wired. In everyday life we – you and I – craft our own stories. We assume things. We guess about details. If we don’t understand something or someone, our unconscious mind offers rich fodder of past experiences, judgments, and thoughts to help us make sense of it – but those aren’t facts. They’re conclusions from many sources.

Tammy Lenski, mediator and author of The Conflict Pivot, notes that our first telling of a story about some situation we’ve been in (say, a helicopter in the Iraq war), is when our account begins to take shape. As we tell it again and again and again, it begins to shift a little here and bend a little there. We add our own spin, our own interpretation. We incorporate and strengthen parts that resonate with listeners. We emphasize this part and drop the parts that don’t fit so well. This is not really a conscious thing – it’s a natural progression. Our story is a living, breathing thing – and it’s nothing like the footage we see on screens that captures most (but not every) fact.

Lenski goes on to point out that, as we continue to tell our stories, they feel more certain and more true – and we don’t realize it’s happening. There’s a reason for it, of course: neural pathways in the brain. The more we use a specific path, the more defined it becomes, the stronger the memory. We become so sure that we consider it to be THE truth, even though it’s really only OUR truth – and one of MANY truths. Consider this when reading about legal cases that rest on a single eyewitness’s account.

My coach training posits this ground rule for every group session: “everyone is right – only partially.” In other words, we each have a piece of the truth, but no one has the whole truth.

So here’s an interesting fact about memory – when we recall memories, we automatically change them. Here’s how psychologist and author Jeremy Dean (psyblog.co.uk) puts it:

“Just by recalling a memory, it becomes stronger in comparison to other memories. … Say you think back to one particular birthday from childhood and you recall getting a Lego spaceship. Each time you recall that fact, the other things you got for your birthday that day become weaker in comparison. The process of recall, then, is actually actively constructing the past, or at least the parts of your past that you can remember. … This raises the fascinating idea that effectively we create ourselves by choosing which memories to recall.”

Think of it this way: When we recall a memory, we not only call up what we most recently stored, but we also combine new information with that original memory (maybe something we’ve read, experiences we’ve had, judgments we’ve since made). That combining of new with old tweaks the original to fit the new data and subtly recreates our story, which the brain promptly stores to replace the original. The next time we pull that memory back, those new details are embedded, and our objective recall is none the wiser. The process continues each time we pull out that objective memory: our truth.

As Lenski writes, “it would be more useful, then, to think of memory like a perpetually edited video that shares only some data with the original recording.”

I think of it like auto-save on my computer. Say I’m working on a document. It periodically helps me out by saving my work as I write. If I don’t consciously do something to save the new work as a different document, the original is lost, fundamentally changed. If I work on this document for many years – as we do when telling the story of a major event in our lives – the current version will be quite different from the original – but to me, it’s “God’s honest truth.”

So think about this.

How often has Williams recounted his story? Plenty. If each re-telling adds a detail here or there and solidifies into a newly edited version, should we be surprised that, as one source was quoted, it turned more dramatic? Given the traumatic nature of this specific memory for Williams, the accounts of his appearing “shell-shocked” and having “a hard time acknowledging the scope of the situation” weren’t signs of lying, but signs of the normal progression of memory that ALL of us experience. Yes, even journalists who are tasked with maintaining objectivity and speaking truth.

Consider stories of your own – favorites you like to tell – if you compared your story today with a video from the actual event, how far would it have strayed? Far more than you realize, but because of those pesky neural pathways, you would swear it’s just how it happened. Remember, we all only have a piece of the truth, and we’re all creating our own stories and writing our own scripts.

So I don’t see how we can truly cast stones at Brian Williams here, because we might as well cast those stones at ourselves, too.